There are recommended parametric, HFP and LPF settings you can use with the SB1000e, attached below for reference.

Regarding voltage peak limiting, I suggest setting this to 150V to allow the subwoofer to reproduce musical peaks ~6dB above its continuous operating level. 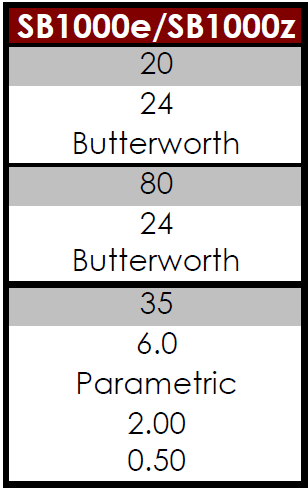